What Sweets Begin With the Letter ‘E’? 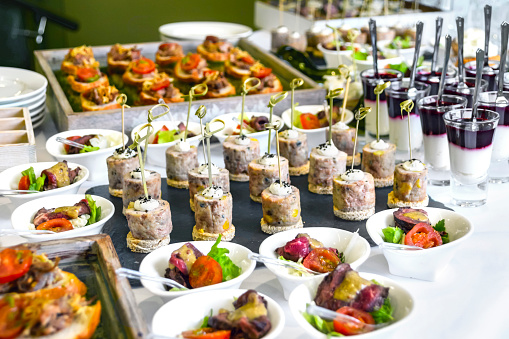 We overlook the importance of our lungs in keeping...
Read more
World

The Top 4 Classical Music Composers of the Modern Era

Classical music transcends through generations and is a genre...
Read more
Education

Life is a mixture of good, bad, ugly, and...
Read more
Education

Your Guide to Educational Administration and Planning

Read more: How Many Cups Are There in 12 Ounces?

What Chocolate Candies Begin With the Letter ‘E’?

It can be difficult to find candies beginning with the letter “E.” English toffee is a rich, buttery confection made from almonds, butter, sugar, and corn syrup, and it is frequently eaten with chocolate. Other truffles include eggnog truffles and exploding truffles, which combine pop rocks candy and chocolate ganache.

What Non-Chocolate Candies Begin With the Letter ‘E’?

Everlasting Gobstoppers, a candy from Roald Dahl’s 1964 children’s novel Charlie and the Chocolate Factory, are always a hit with non-chocolate lovers. According to Willy Wonka, this candy, with its ever-changing colours and flavours, is “for children with very little pocket money.”

Elvis fudge contains the King of Rock and Roll’s favourite flavour combination: peanut butter and banana. It consists of a layer of peanut butter fudge followed by a layer of banana and white chocolate fudge.

Edinburgh rock or Edinburgh Castle rock is another non-chocolate treat that begins with “E.” This candy is a traditional Scottich confection composed of sugar, water, cream of tartar, colorings, and flavourings. It is typically found in stick form, and its texture is soft and crumbly.

What Sweets Begin with the Letter “E”?

Finding desserts beginning with the letter “E” is less difficult. There are numerous sweet treats, ranging from the nineteenth-century éclair to the more contemporary Egg Tart.

Typically, an éclair has a delicate pastry exterior, a yellow pudding filling, and a chocolate glaze on top. However, this dessert is a fan favourite, with flavours including mint chocolate, banana split, and toffee eclairs, to name a few.

Egg Tarts are commonly found in Hong Kong, China, Taiwan, and other Asian countries, and have an outer pastry crust filled with egg custard.

Eggnog fudge is easy to make and perfect for the holiday season. In a saucepan, bring eggnog, butter, cream, and sugar to a boil. Stir occasionally, reduce heat until a soft ball can be formed, and stir in white chocolate chips.

Previous articleHow Many Cups Are There in 12 Ounces?
Next articleWhat is the number for the California Party Line?
KM
Health

We overlook the importance of our lungs in keeping...
World

John Atkinson Grimshaw's paintings are known for their intricate...