What Is the Name of a Baby Fox? 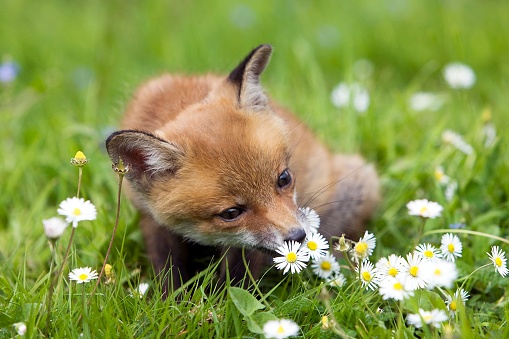 Apps That Will Change Your Business Finance for the Better

Winter Scents That Will Make Your Home Cozy

Do you ever get that lovely smell on a...
Read more
business

Revolutionizing the HR industry with AI

AI has entered the business world and is here...
Read more
Lifestyle

Do you wonder what to do with the ashes...
Read more
Fashion

How to Take Care of a Diamond Ring

The question “What do you call a baby fox?” turns out to have a few answers. A baby fox is known as a kit, cub, or pup. Adult male foxes are known as dogs, tods, or reynards, and adult female foxes are known as vixens. A skulk, leash, or earth refers to a group of foxes. Foxes are highly gregarious creatures, which influences how the babies are raised.

Foxes are categorised as part of the canidae family, which includes wolves, domestic dogs, jackals, dingoes, coyotes, and other dog-like creatures. There are around 12 species of fox, and they are among the smallest creatures in the taxonomy. The red fox is the most common, and it may be found in North America, Europe, Australia, and Asia. The grey fox is also widespread in North and Central America.

Read more: What Is the Name of a Male Fairy?

The majority of fox species live alone, though they do create familial relationships. During mating season, one single female fox in each family becomes pregnant, and the other less dominant females assist her in raising her pups. If the female dies, the male may step in until the puppies are old enough to care for themselves. The fox family digs a den large enough for the entire family to reside in just before the babies are born. The family stays within three months after their birth within close range of the den, only leaving to collect food.

Fox Puppies and Their Care

The infant fox is completely reliant on its mother and relatives for the first several months of its life. Both parents, however, play important roles in the care of the new babies. The majority of vixens have four or five pups at a time, while certain species have more. They are deaf, blind, and completely reliant on their parents to keep them safe from predators during the first few weeks. While their father is off searching for food, they live by sipping milk from their mother. Fox pups begin playing with each other once they can see and hear. As they practise hunting and fighting off predators, playtime grows more hostile. Some puppies leave their families at six months, while others stay with them for the rest of their lives.

Even as they grow into adulthood, fox puppies remain curious and playful creatures. They enjoy playing with toys like balls, just like domestic dogs, and have even been captured on video taking balls from people’s yards. Some animals, such as the grey fox, can climb trees. Although some species may emerge during the day, they are usually nocturnal. Then, like a cat, they go hunting and pounce on their prey.

Foxes are omnivores, meaning they eat a wide variety of plants and small animals. Smaller mammals such as rabbits, squirrels, voles, and mice, as well as birds, reptiles, and amphibians, may be hunted. Foxes living near farms may steal chickens, while foxes living near the sea may consume fish and small crustaceans. They can consume berries, fruits, and veggies otherwise. Foxes living in populous places may seek scraps from garbage cans.

Sounds of a Baby Fox

A typical fox may produce around 40 distinct sounds. Some of them have domestic dog-like vocalisations. Some have been mistaken for newborns or crying ladies. Foxes howl, wail, and bark as well. When interacting with other puppies, fox pups emit a playful sound that sounds like “ack-ack-ack” or laughing. They may bark like a dog to alert their parents if they feel endangered by a predator. These barks, on the other hand, have a higher pitch and may sound like yips.

Although history implies that this was not always the case, foxes normally avoid humans. When archaeologists discovered human bones in a 16,500-year-old cemetery in Jordan in 2011, they discovered that the deceased had been buried with his pet fox. Fox hunting became a popular sport for the upper class in the United Kingdom throughout the 1800s, but it is still a contentious issue for animal rights campaigners today.

Previous articleWhat Is the Name of a Male Fairy?
Next articleWhat Does the Medical Term “Unremarkable” Mean?
KM
Finance

Apps That Will Change Your Business Finance for the Better

Business finance apps and software can be incredibly helpful...
Lifestyle

Winter Scents That Will Make Your Home Cozy

Do you ever get that lovely smell on a...